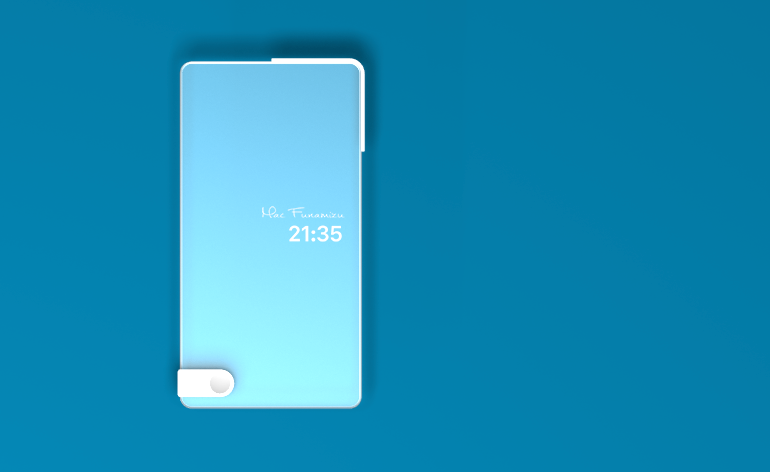 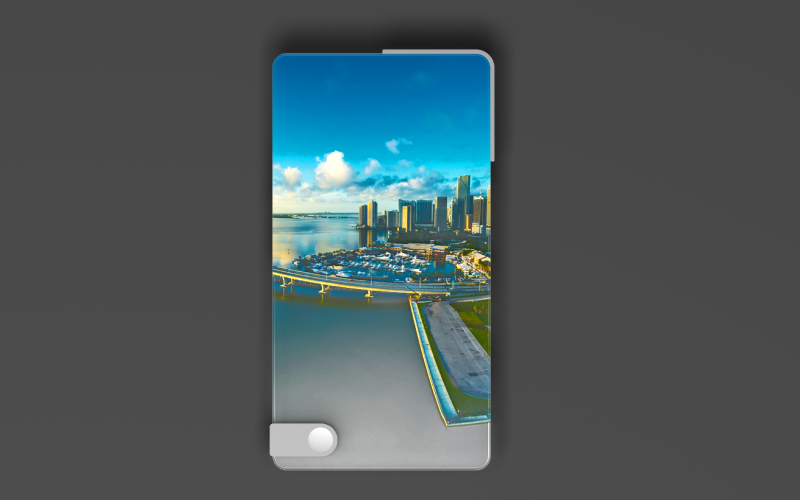 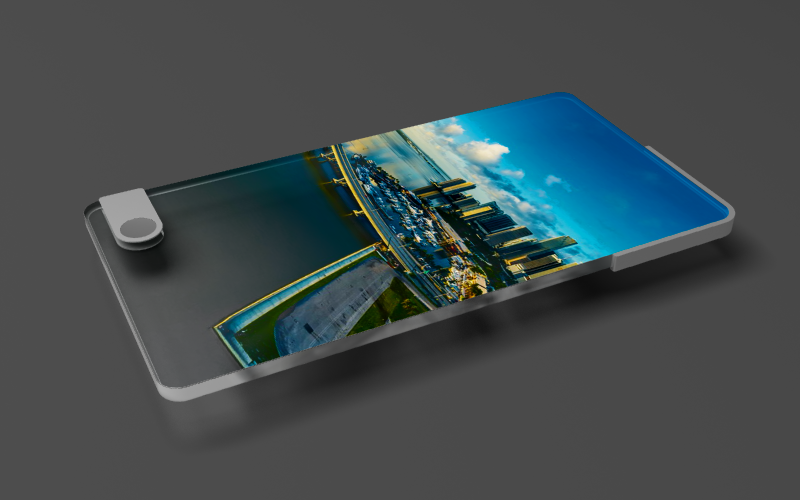 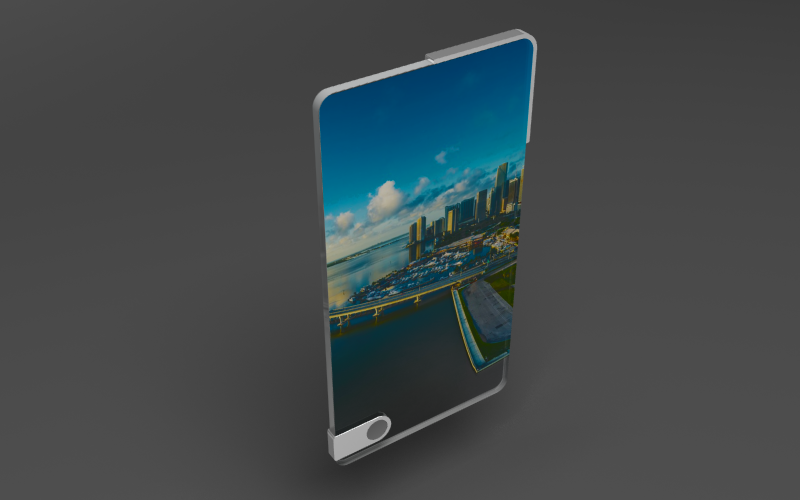 URSLA is a future pendant that emits 3D projections in the air.
Synced with the mobile phone, notifications such as emails, phone calls, schedule reminders, etc. appear right in front of you for a few seconds.

BERTHA is a future mobile phone that works with URSLA.
3D projections from the pendant can be ‘captured’ in the air with this phone to see what the notification is about in detail on the screen. Yes, just like getting an item box in Mario Kart!

This post is to tell all of you that I’m OK.

After the tragic magnitude 9.0 earthquake hit Japan on March 11th, I’ve received many many messages from around the globe asking how I was or even if I was alive. As I tweeted about my situation, I’m doing fine. I truly appreciate all your considerations not only for me but for those who have been badly affected by the earthquake, tsunami and the nuclear power plant issues. I’ll keep tweeting how I’m doing on my Twitter.

Also I wanted to tell you that Japan will get back to its feet for sure. Currently I’m going through many inconveniences that I have never experienced in my life (lack of water, gasoline, vegetables, power etc. etc.), so I’ll be able to think of ideas to overcome those difficulties. But for now, let me show you sketches I’ve been making since before the earthquake. It’s a mobile phone concept named Zimmer. (There’s nothing new or innovative here this time.)

Just like some of my previous mobile phone concepts, the transparent body would be pretty attractive.

What’s different this time though is that this Thru has a function to show 3D images behind the screen. It looks as if there were another world behind it because the images are made to look natural on the floor behind the screen.

So the email notification would be made like a game, which sounds fun.

There could be a fierce battle on your desk. In any case, I’m pretty sure it would be so fun that you couldn’t stop watching it.

Just a sketch again. A part of it is glass.

Like one of my previous posts (Cobalto), I was picturing sci-fi movies when I thought of this wearable mobile phone. It’s something I want to see used in a futuristic scene.

The ball works as a controller and an indicator changing colors. It can slide anywhere on the surface.

Of course it’d be fun to watch 3D hologram on it.

About 80% of the day time, my mobile phone sits on my desk. I have it in my hand or in my pocket for the other 20%. I was just wondering why not make it look better on a table if it’s in the idling mode most of the time. Just sitting flat on the desk is not fun to look at.

Floater B
This one doesn’t move by itself, but it has a supporter on its back to make the round body stand on a flat surface. You slide the supporter the other way and you can use it as a physical keypad.

“Floater” comes from a surfing technique. Both look like a surfboard, don’t they?

This is the second idea I submitted for a future mobile design competition held last month. The theme was “Design the mobile phone of 2020″.

The technology of holography is progressing day by day. In 10 years, I hope it will have already been developed for mass production and will of course used in our mobile phones. The area conventionally used for a display in a mobile phone will no longer need to be a screen with 3D projecters. Instead, it could be a hole, which allows another useful purposes.

At the same time, the materials used for the outer body of a mobile phone will become softer and softer. By successfully combine those attributes, there could be a mobile phone with a flexible vacant frame, which projects hologram in the vacant area.

When you have it in your hand, you can use it just as a conventional mobile phone except for the fact that what you see is 3D holography!

Because its frame area is flexible enough to let your wrist go through the hole, you can wear it around your wrist. A quick phone answering can be done while you are wearing it.

3D projectors are located inside the flexible frame, which project dramatic holography.

This is one of two ideas I submitted for a future mobile design competition held last month. The theme was “Design the mobile phone of 2020”.

We all know how great a touch screen is and the reason doesn’t have to be mentioned. But have you ever thought that a touch screen is a nightmare for the blind? You never know what you’re touching because everything is flat. All the information and status are on the screen, so a user has to take the device up from a pocket, touch the necessary buttons and see with his eyes even when he just wants to know if he’s got a single email or not. In the future, information is told in 3D or with something that a user can FEEL by touching or just seeing so that the above problems can be solved.

This PHYDI mobile phone is just that. The front face and the sides of a PHYDI transforms the shapes according to what information or status is expressed. It makes concavity and convexity on the surface. For example, the face can be customized with contoured graphics. It could be dressed up with a kimono-like graphic or it could have a concave clock so that a blind user can know the time.

The status is shown on its sides.
A convexity means a “+” notice, for example there’s an unread email message and unanswered phone call. For a negative status, for example, the battery running out soon or having a bad reception, a concavity appears at a certain location. With this function, you can know without even touching or looking at the phone if your current location has a good reception to talk on the phone, if the battery has to be charged and if you have unread emails or unanswered calls. You wouldn’t have to travel around a place to find a good spot to talk on the phone, taking a look at the small icon on the screen many times.

poor reception status (top) and running out battery status (below)

When a PHYDI is making a continuous movement, it means you have an imminent status to take action. For instance, when its surface is moving like a wave, you’re getting a phone call. The movement can be customized freely.

wave movement on the face for an incoming phone call

With its flexible surface, the information on the screen could be dramatically expressed. Even an email message could be on a protruded paper.
Your file management could be done in 3D. Open a folder to take out movies and photos in it just like you do in the physical world.

The biggest merit with this feature could be a 3D map. you can get a much greater feeling of locations with “heights” because in most cases, a landmark is something very high, which can be difficult to be expressed in 2D. Can you imagine how easy it would become to search where you are and which way to go with this function?

When you want to make your email message stand out, you can put an embossed present box on the screen. A calculator will be much easier to use if you can feel the keys. An RSS feed could be read on a book-like shaped surface. The curl on the bottom right corner means you have a next page to read, A flipping gesture takes you to the next page. A physical keyboard of course makes your texting faster!

email with a graphic image

RSS feed on a book-like surface

For advanced functions, there are limitless ideas to be realized that could never have been done with a conventional flat screen. For example, you can leave a hickey mark and handwritten message to send your love to someone! Text information could be rendered in braille for the blind. This might make even copy-and-paste possible for the blind people.

hickey mark with a handwritten message

Touch&feel Tetris you want try? The control would be much more instinctively done.
An idle screen could be customized in dramatic ways. If you like gentle ripples on the water, just put it with heights. Try other textures such as fur, chocolate or even tatami mat!

I’ll make a post of the other mobile phone design later.

One more thing I said I was going to tell is that some of the images of my mobile phone concept were on National Geographic Channel!
It’s “Super Diamonds” of Naked Science series.

By the way, I just bought a bag online that I fell in love at the first sight and it arrived yesterday! It’s a GORGEOUS BAG!
I’m planning to get a macbook air and carry it in the bag, but I wasn’t sure about the size. If you’re interested, please visit my Flickr page, where I (just started to) upload my everyday scene photos.